Lesley-Ann was born and raised in Cape Town, South Africa. In her late teens, Lesley-Ann and her family immigrated to New Zealand. She is happily married to actor Chris Payne Gilbert and shares a son Kingston, born in 2017.

Lesley-Ann Brandt, shot to stardom playing the sultry, sexy and rebellious Naevia in the Starz hits, Spartacus: Blood and Sand and sequel Spartacus: Gods of the Arena. She has now completed the 6th and final season of the Netflix smash hit Lucifer, playing the DC favourite comic book and beautiful demon, Mazikeen, which was also the number 1 most streamed show on all Netflix platforms in 2021.

Standing by for the next chapter of her career pathway, Lesley-Ann announces the drama series Hanover Street, which she created herself, and appears alongside Hollywood royalty Morgan Freeman.

Lesley-Ann and her project: Hanover Street 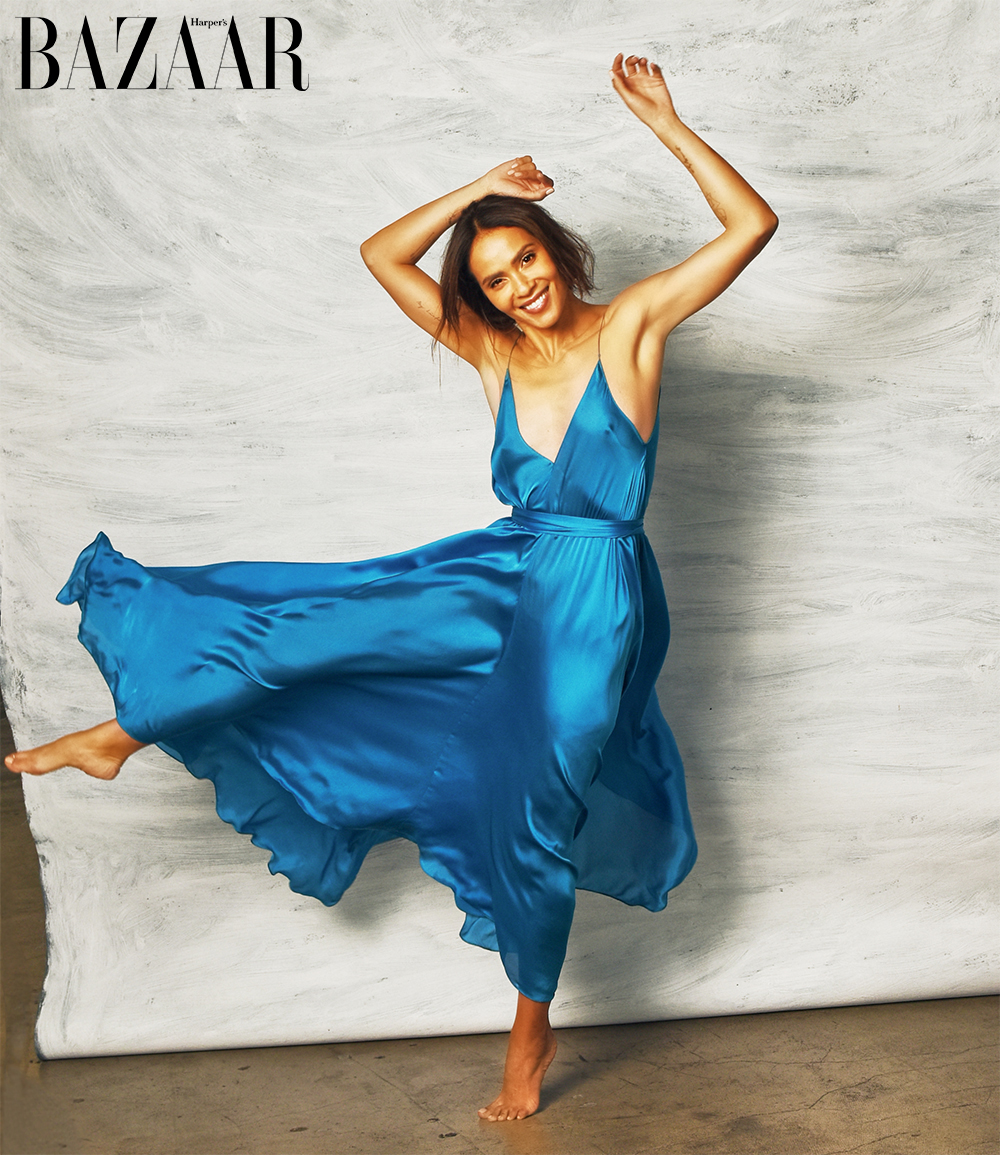 Getting into her new project, Hanover Street was inspired by the racism issue.

Hanover Street was born ten years ago when Lesley-Ann navigated settling in Los Angeles, America. She realized the world knew nothing much about her country and her people specifically. Lesley-Ann wanted to highlight the joy people found despite repressive and racist laws. She stated that:

“That joy was resistance. That joy was also a form of protest. Most importantly, I wanted to pay homage to the people of District 6. It was a community of about 60,000 residents of different races, predominantly mixed-race South Africans, and a thriving LGBTQ + community”. 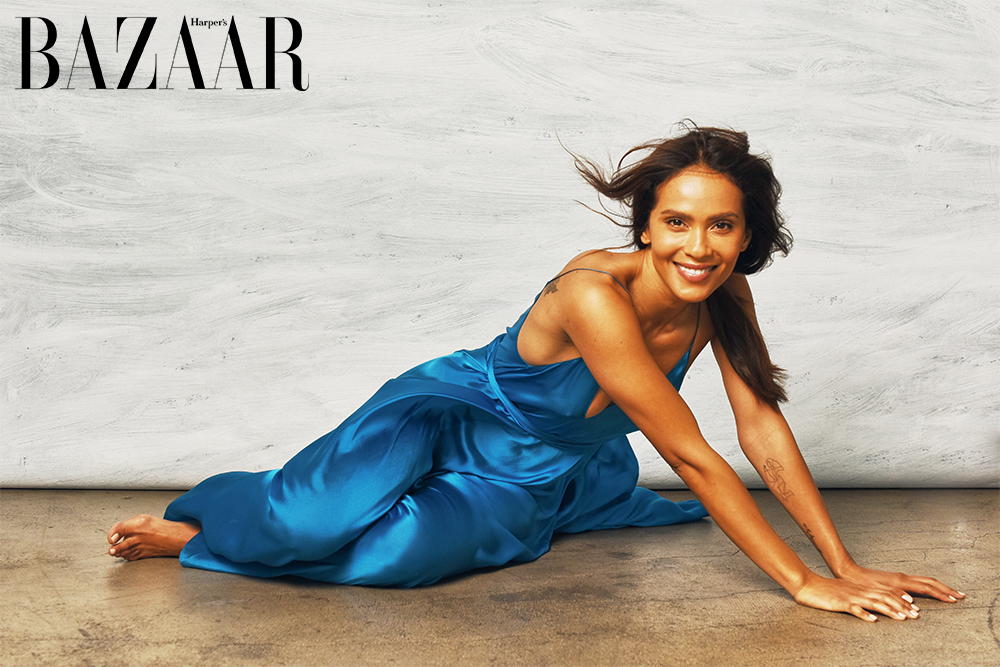 In the late 60s, the government declared it white only and then proceeded to forcibly remove residents forcing them to less desirable parts of the city known as the Cape Flats today. District 6 and its community are a fundamental element of South Africa’s history and culture. It was the heartbeat of Cape Town. The story has never been told wider to international audiences. Her mother was born there. So, she was a descendent of the district. This project is very personal to Lesley-Ann. 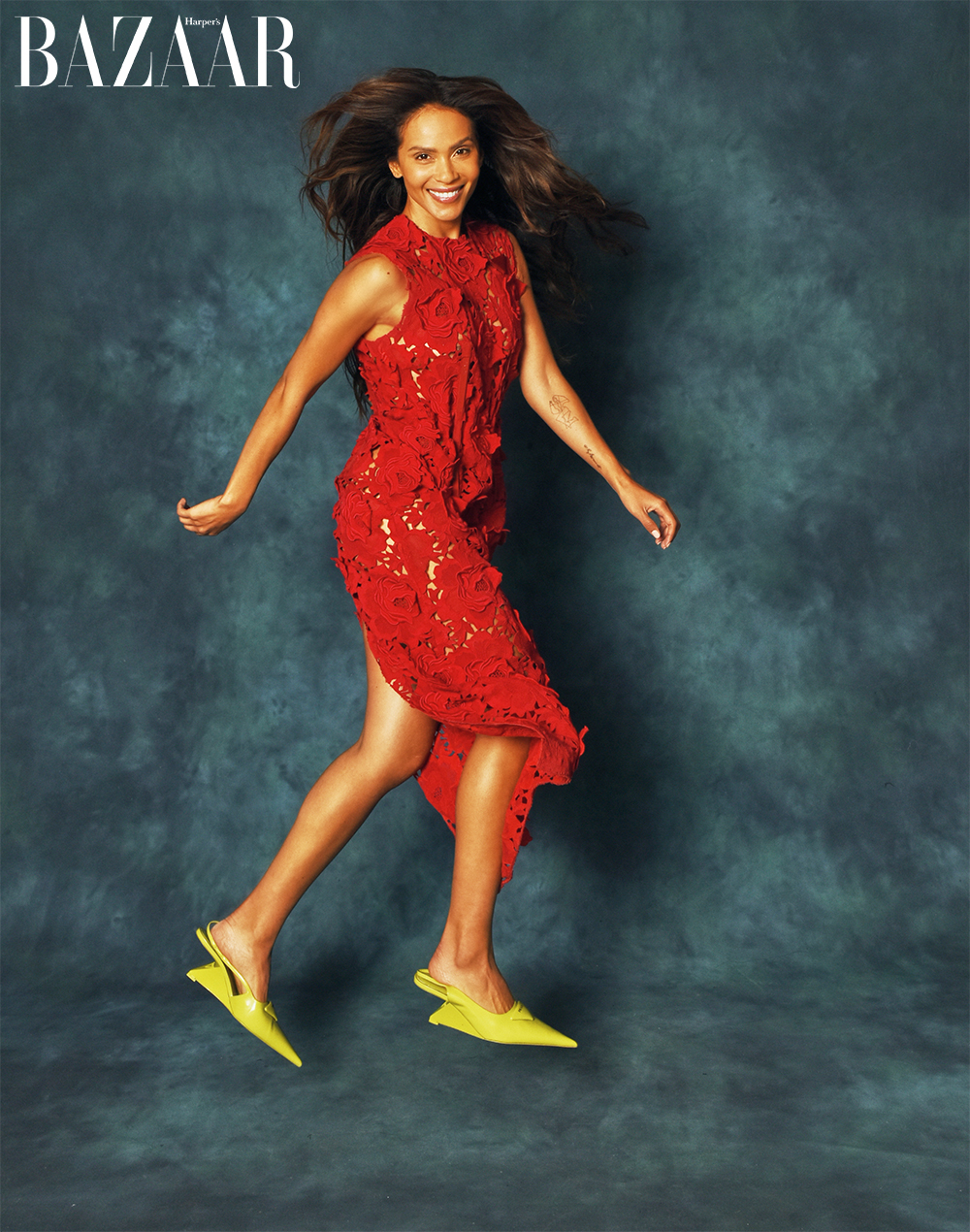 Besides that, Morgan Freeman and Lori McCleary from Revelations Entertainment have a strong connection with Lesley-Ann through the Hanover project.

Freeman & McCleary and Lesley-Ann are very strategic about where should they send their materials because they knew how specific the project was. They appreciate those partners who are interested in telling this story and perhaps had some affiliation with South Africa.

“I was particularly impressed that they already had a division in their company solely dedicated to telling African stories. It was truly one of the best calls to get. Lori McCleary, in particular, has been such a champion for Hanover Street and very supportive of us thus far.” 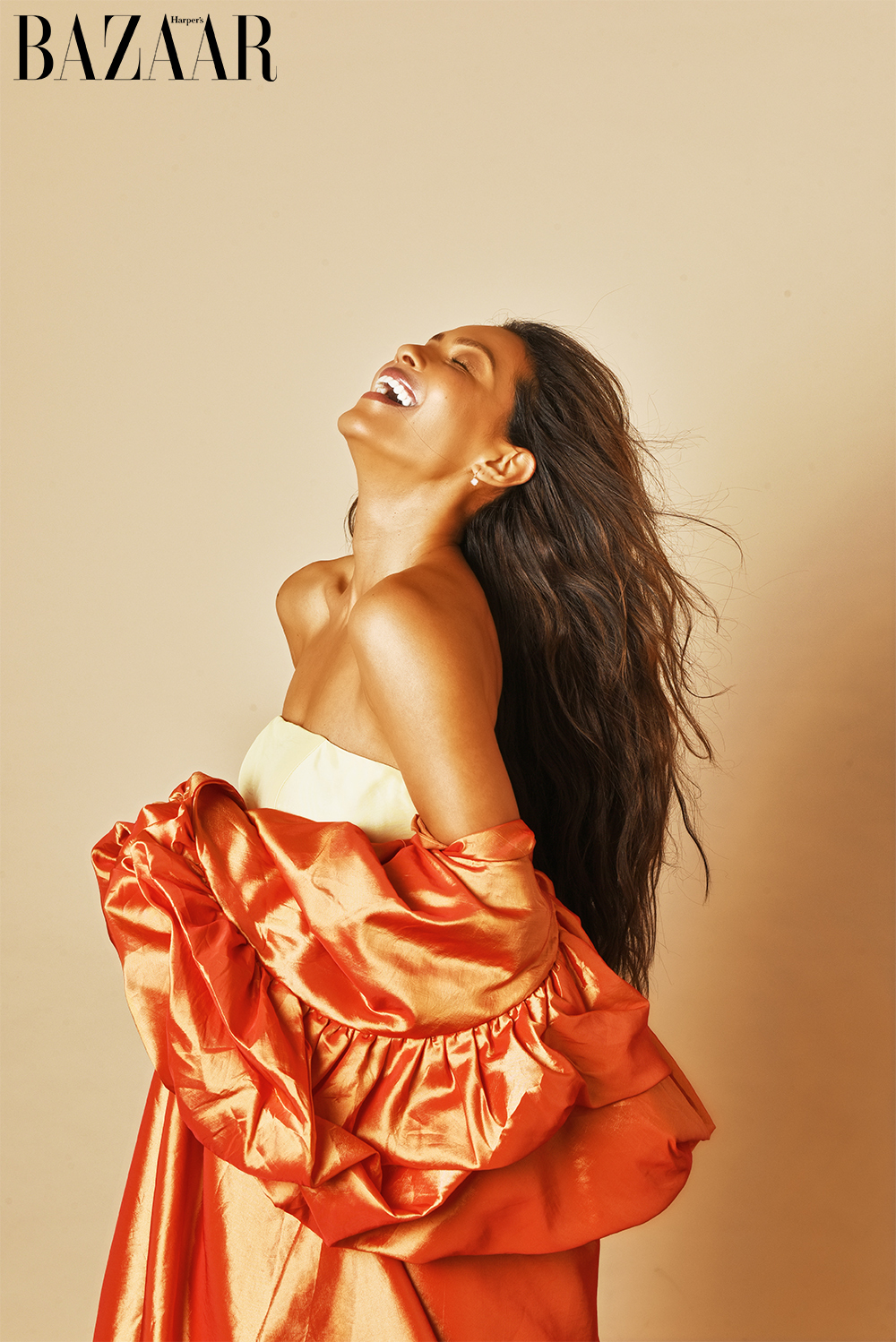 Influencer figures that create an impact on Lesley-Ann and took part in shaping the actress and the producer starting with the name Craig Parker. According to Lesley-Ann, Craig is so incredibly humble. He would speak up for anyone, and has the an incredible relationship with the crew.

“It’s great to be respectful and kind at the end of the day. But working on a show as big as Spartacus. It’s not one person in particular, but just having had the experience of seeing these huge seasoned actors like John Hannah and Lucy Lawless, just watching them each day gave me a sense of how to be and interprete the creative choices. I really learned what I know on set from watching other more seasoned actors. I love to punch above my weight, work opposite of people that I feel push me to be better, or that I admire”. The other person is Shelby Stone, a black female producer who runs Freedom Road Production.

“Shelby is very smart, very instrumental in navigating the politics of Hollywood. She can bounce ideas off her and hear what it’s like to do this as a coloured woman in this business, especially since I’m going to be producing. She showed me what it’s like to manage expectations, ego and problem-solving.” 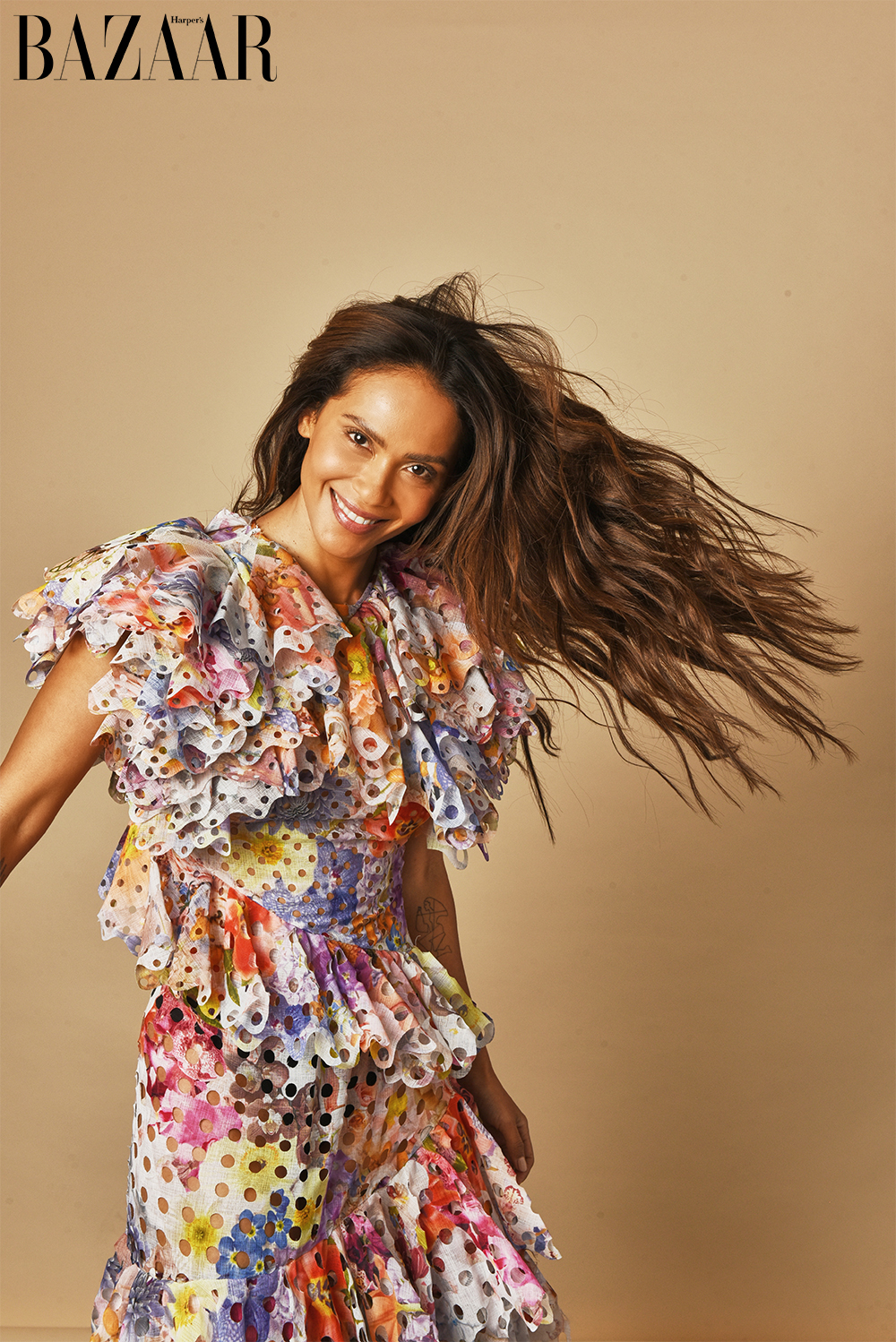 Lesley-Ann said that her style has grown and evolved as she has. Especially, she loves colour and interested in shapes and prints. It can be a combination of styles at times, but she is always dressing for her body if any hot look won’t necessarily suit her. Lesley-Ann has a huge appreciation for bold silhouettes while also loving modern sleek designs so she moves between the two in her wardrobe.

By the way, she also has a killer shoe collection. Lesley-Ann just purchased beautiful pair of platform oxfords from Tods. She loves Chloé and Gabriella Hearst; adores the simplicity of The Row; while also being a fan of what Christian Nielson is doing at Hervé Léger – she loves pieces that look like lingerie but can be worn as outerwear. Margiela and Proenza Schouler are some of of her absolute favourite designers. 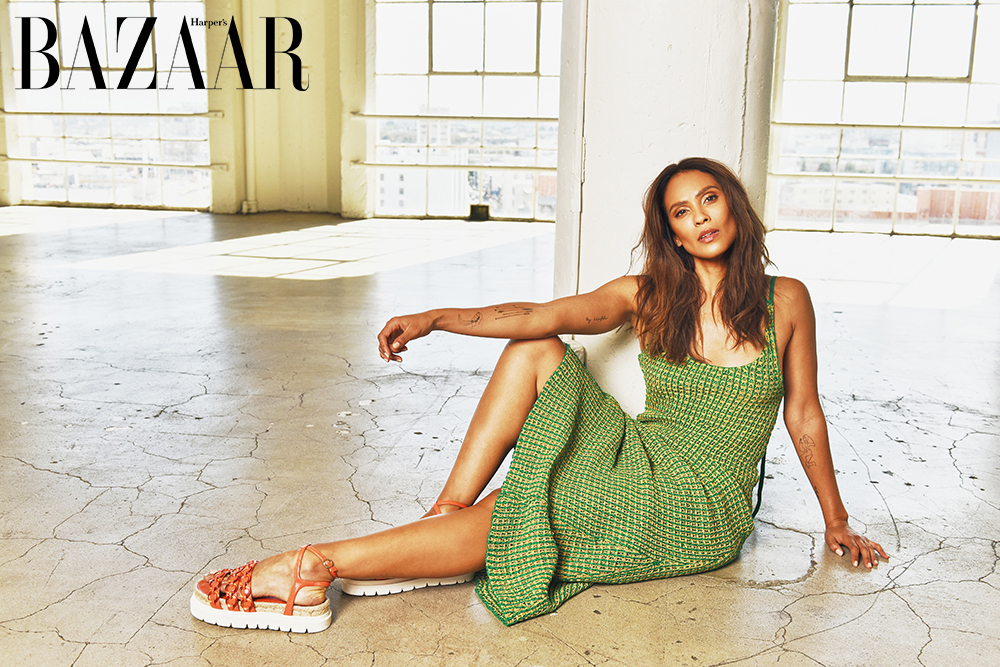 When it comes to skincare routine, Lesley-Ann is very conscientious about never going to bed with makeup on. She double cleanse at night, and doesn’t use soap in the morning. Lesley-Ann just splashes her face with cold water and ice her face to close her pores. She uses vitamin C serum, hydrating moisturizer and then sunscreen.

Lesley-Ann believes that the key to healthy skin is hydration from the inside. Reapplying sunscreen is important. So, she has this spray that she could carry everywhere. It could be a useful face mist also. 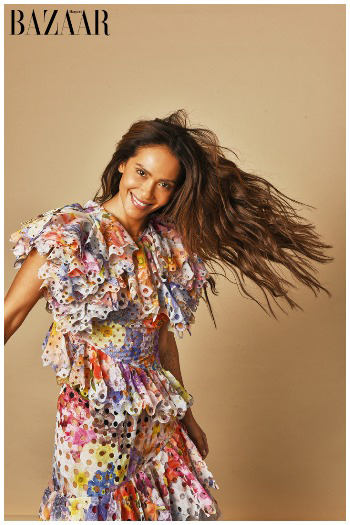