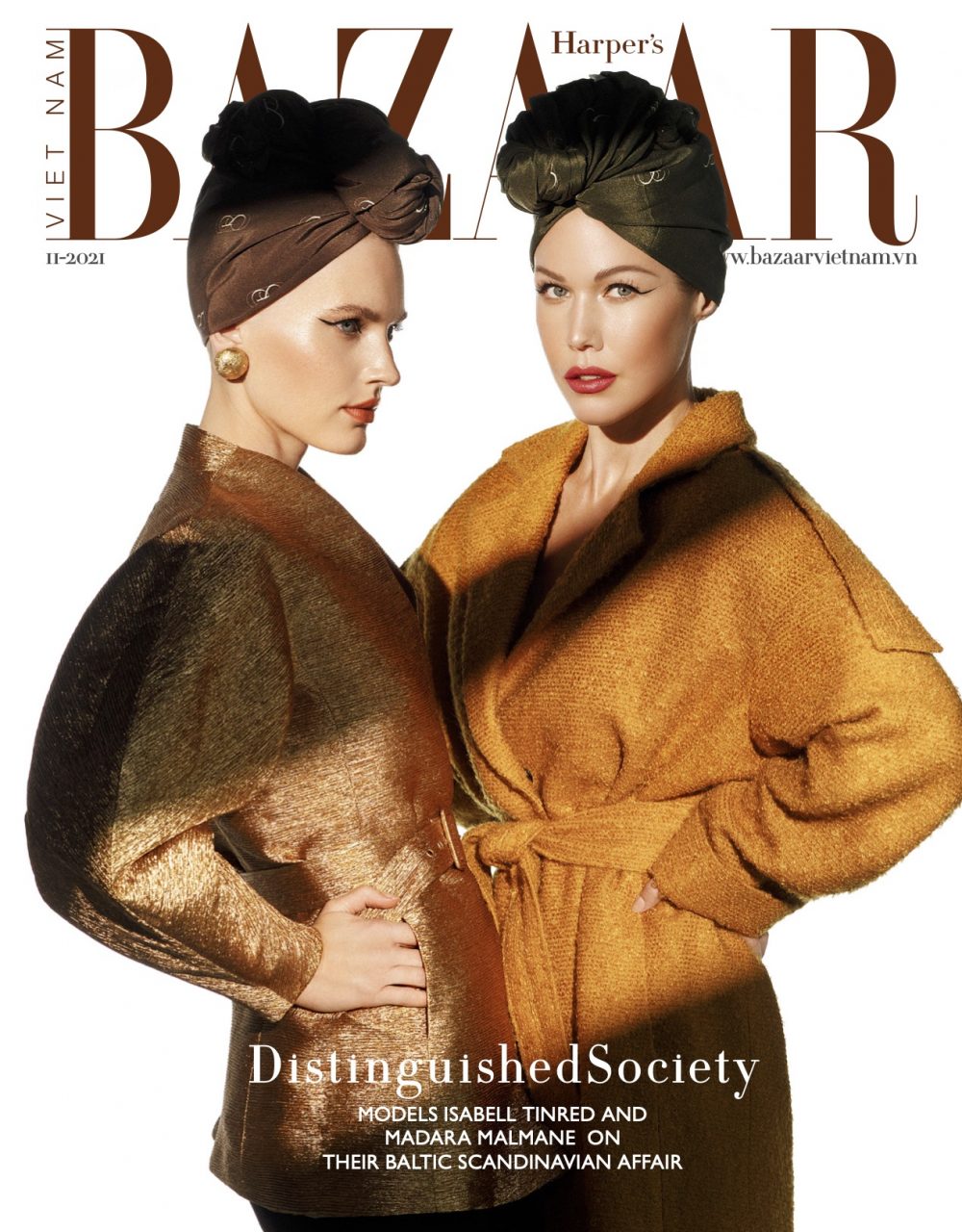 Two young girls, one from Scandinavia, the other from the Baltic region, showed off their modern beauty and personality on a recent shoot of Harper’s Bazaar Vietnam.

The organizer of this shoot is DistinguishedSociety, a newly established boutique agency with an experienced team from many different cultures around the world.

This set of photos was named A Scandinavian Baltic Affair by DistinguishedSociety. The photos are carefully and creatively invested, but still elegant and classy. The two model girls this time are Isabell Tinred and Madara Malmane. 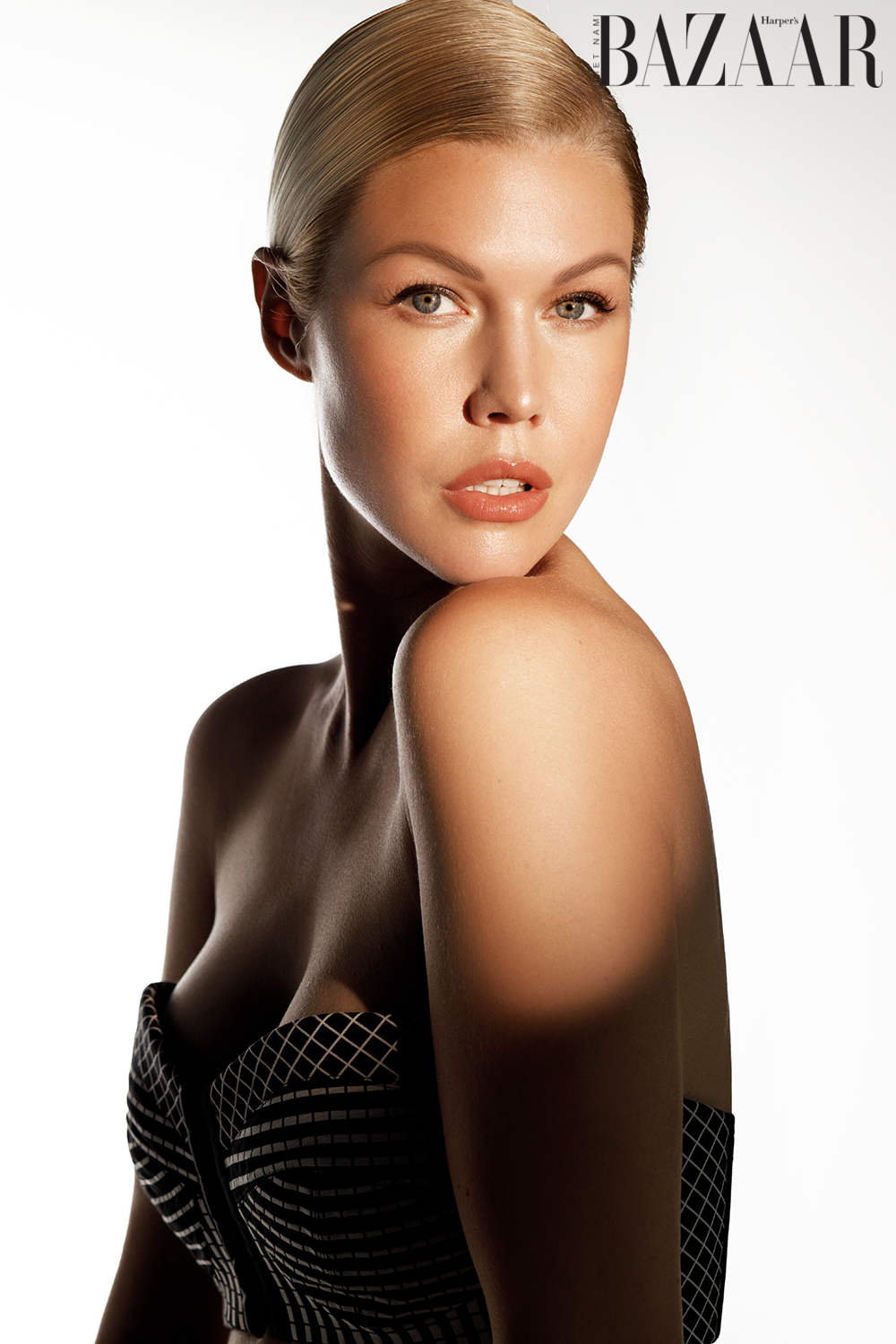 At the age of three, Isabell was already a member of the musical theater team at her school in Stockholm, Sweden. The blonde girl plays the role of a singer and dances on big stages in the capital city of the Nordic country.

At the age of eleven, Isabell joined the Stadsteatern theater team and appeared in many famous plays. The tween girl continued to nurture her artistic talent throughout her teenage years. Isabell used to tour with her musical team around Europe.

When she gets a little older, Isabell gradually became interested in fashion. She appeared at the prestigious Cannes Film Festival in France, Paris Fashion Week, Stockholm Fashion Fair, Scandinavian Fashion Week… Also here, Isabell won The Best Female Model 2019 award. best of 2019). Along with that are many other proud titles.

Besides, Isabell also owns an acting degree and appears in many different interesting projects. Currently, she is taking a Spiritual Practice course to apply to work in the creative industry. This talented girl has also been awarded the title of honorary ambassador for the World Peace Mission of the United Nations Economic and Social Council (UN Economic and Social Council). 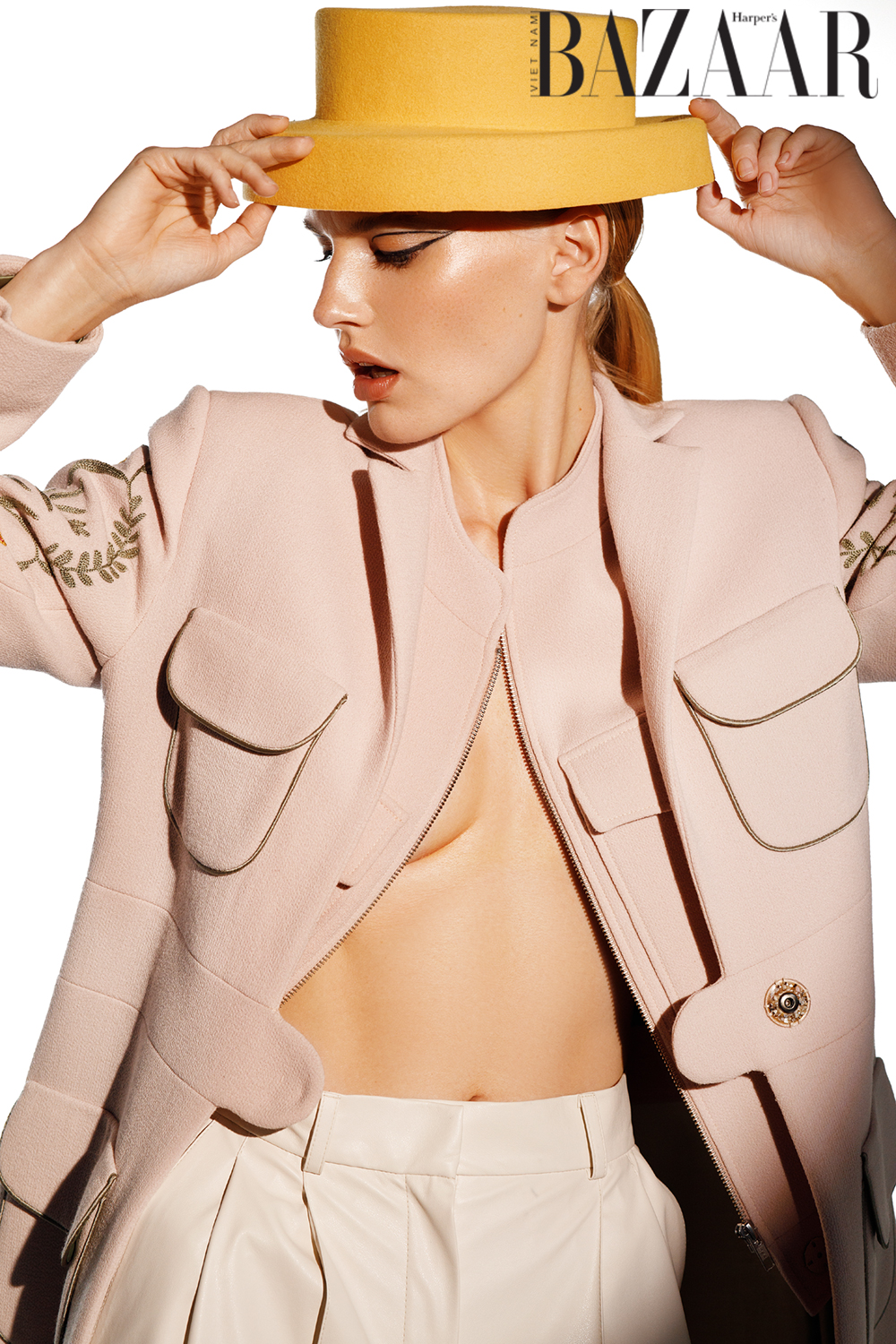 The second model of this shoot is Madara Malmane. Born in 1989, she started modeling at the age of 14. Up to now, Madara has been a familiar face for many fashion magazines, as well as promotional videos of many famous beauty brands such as Dior, Lynne, Ory, etc.

She has also worked with IMG Paris, IMG New York. , Traffic Models Madrid and China’s popular newspaper, Sina.com ranked in the list of the most beautiful faces in the world from the Baltic region. 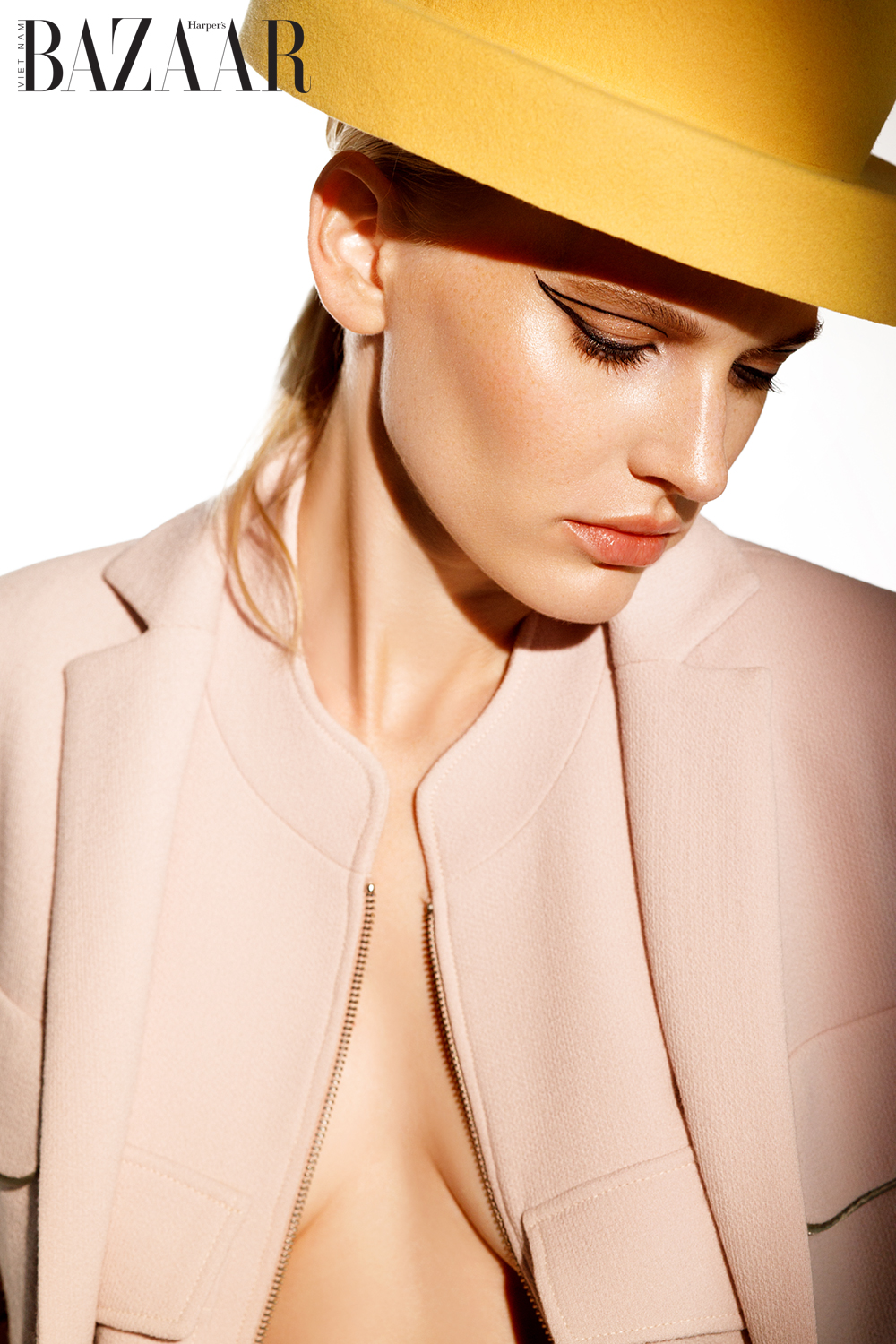 A Scandinavian Baltic Affair is not the first shoot of these two. And definitely not the first time they appeared on the most important position of a fashion publication – the face of the cover. These two talented girls used to appear on the front pages of more than 10 famous fashion newspapers in many countries around the world.

However, this is the first time they appear together, and on the cover of Harper’s Bazaar Vietnam.

DistinguishedSociety is the agency that organized this shoot and who has become one of the most memorable “covers” that both girls have featured. 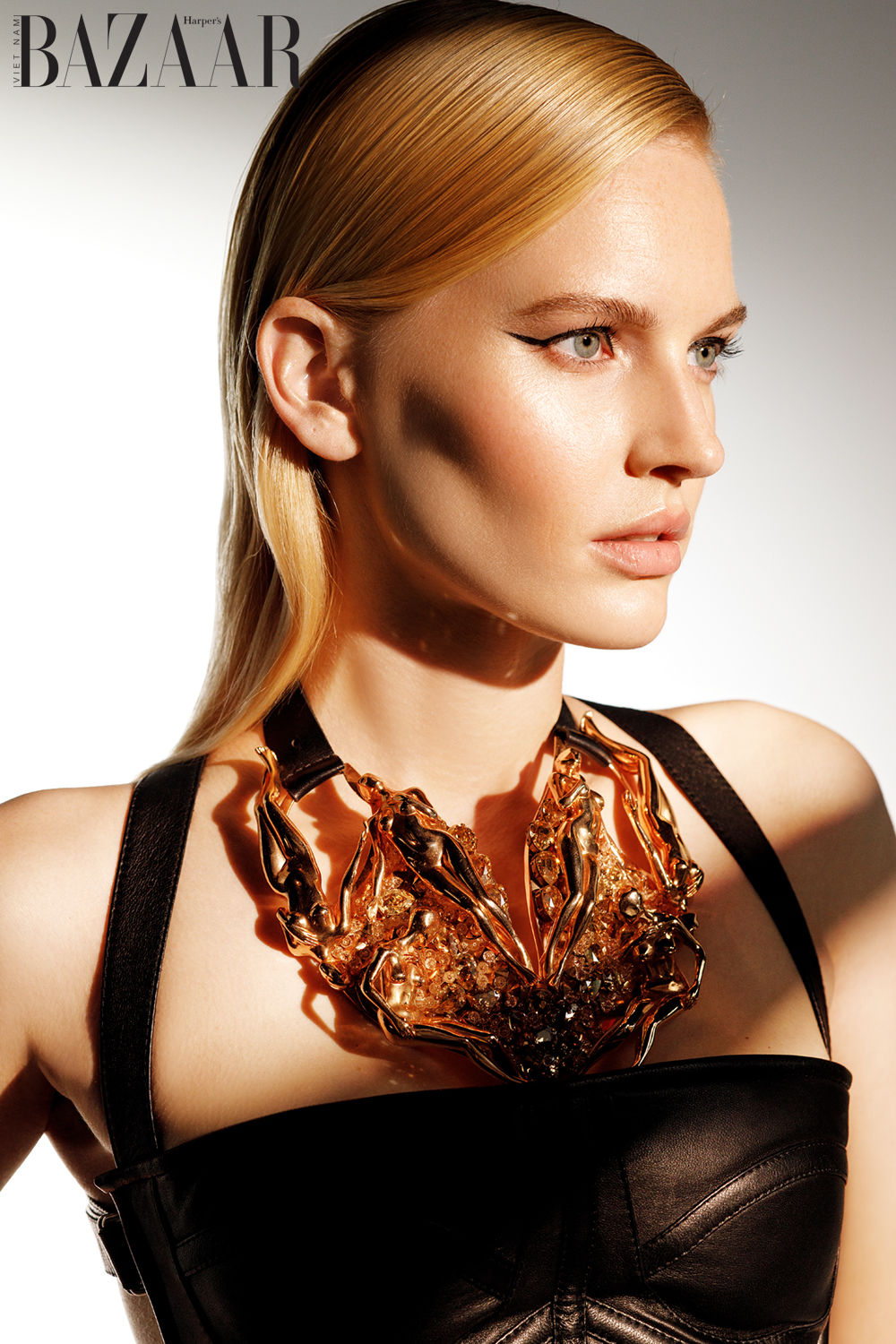 DistinguishedSociety: the talented team behind “A Scandinavian Baltic Affair”

Only established last year, but DistinguishedSociety quickly proved the class of an international boutique agency. The company helps artists, models, members of the Royal Family of European countries and entrepreneurs to build their personal image and help them shine in the media. 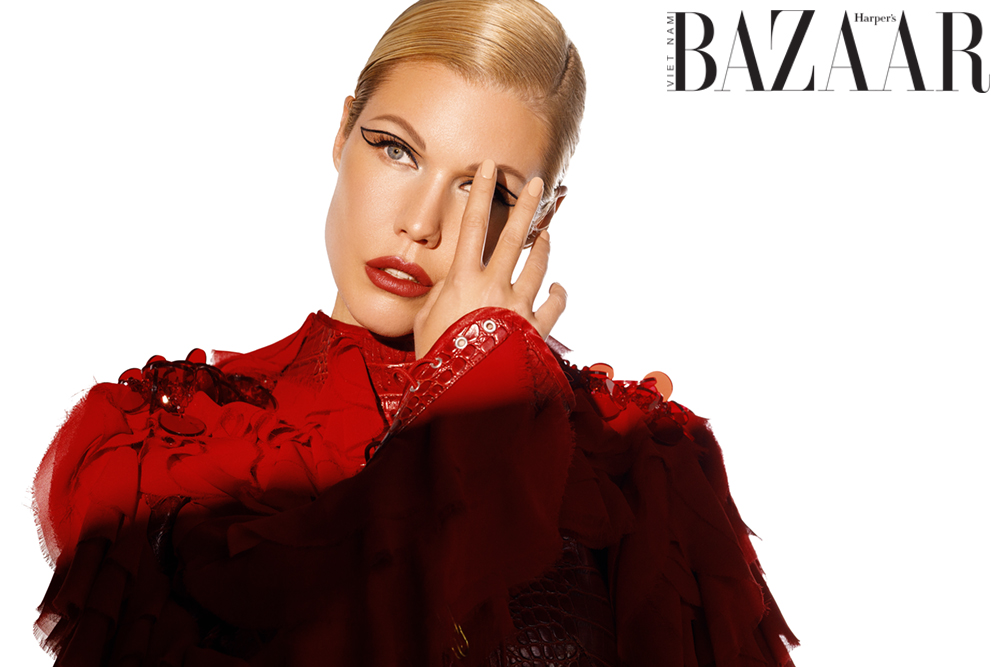 Isabell is trained in theatrical arts. Besides, she also possesses a natural ability to perceive emotions. Meanwhile, Madara is a person with a lot of experience with high fashion. She understands well how a photo, styling, and styling can be graceful and sophisticated. 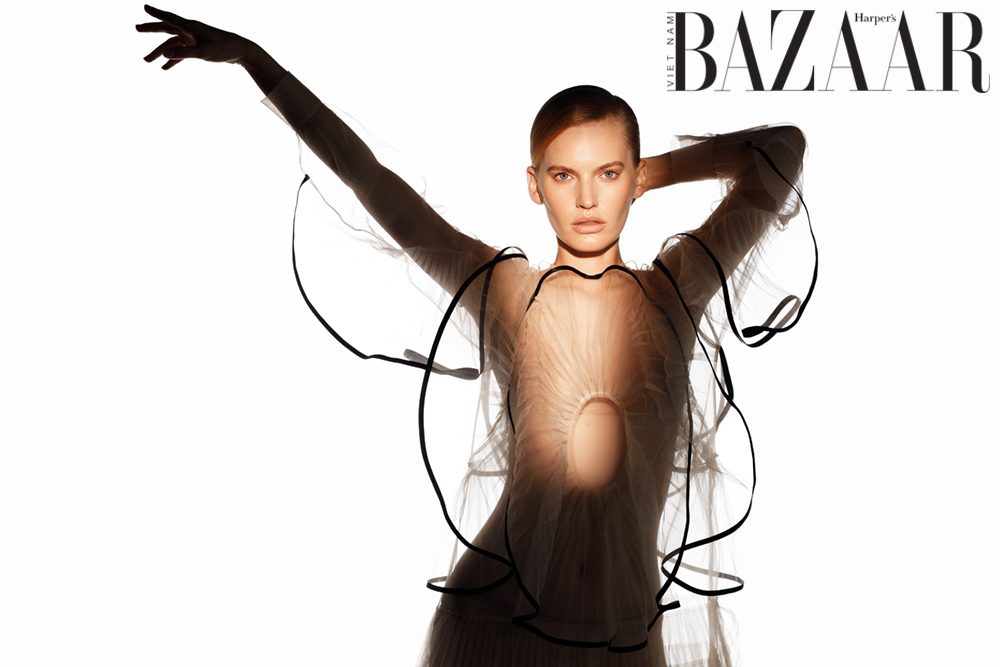 The combination of the above production process balances two completely separate sources of inspiration between two personalities, whose main task of connecting is the DistinguishedSociety team. You will see, the process of creating A Scandinavian Baltic Affair is like combining two sides of the same coin, two separate models. But united, in perfect harmony.

The end result is simple but highly contagious fashion photos. Not flashy, ostentatious, the two Scadinavian and Baltic girls support each other to enhance their own sophisticated and luxurious beauty and outfits. All thanks to the good coordination of the whole crew and two female models, Isabell Tinred and Madara Malmane. 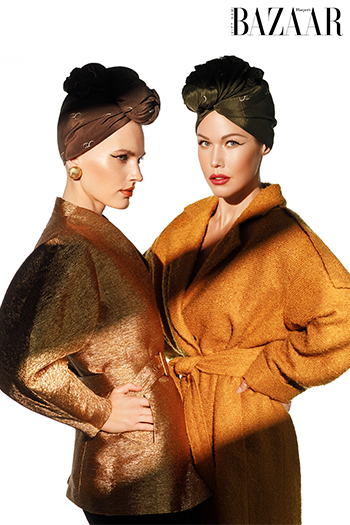