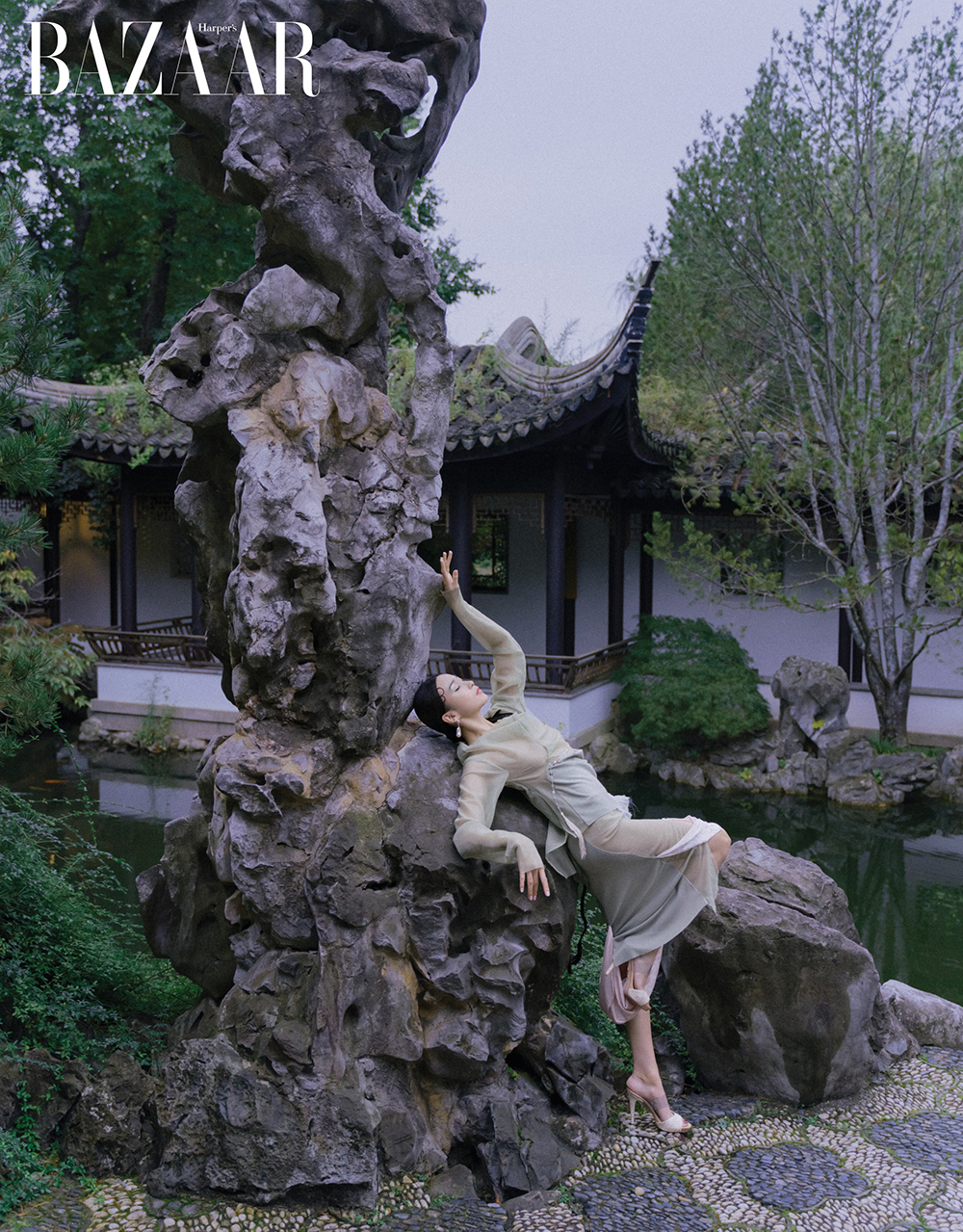 The charm of Jiangnan

Jiangnan is the region south of the Yangtze River, China. It is more than just a region in the hearts of Chinese people. It’s a cultural landscape that evokes its own nostalgic charm, similar -although elementally opposed to- the American Wild West.

It is said that “Jiangnan is made of water.” The style is delicate, dreamy, and poetic. White walls and black roofs seem to float on water. Since ancient times, Jiangnan has been a fertile land of fish and rice. This unique landscape and culture have cultivated many famous artists, poets, and even beautiful women. By traditional standards, Jiangnan women are perceived to be more delicate and feminine than Northern Chinese women.

Our team members all share the same Chinese background, with two of us even originally from the Jiangnan region. We wanted to depict this story and the cultural aesthetics behind it. As an all-female team, we also felt strongly about showing Jiangnan women’s delicate beauty.

The photographer, Astrid Ji, grew up in Shanghai before moving to New York, which has heavily influenced her work. She brought along her passion for ancient Chinese culture, but she also brought an open mind. She loves mixing ideas from these two worlds: incorporating traditional motifs with modern fashion and aesthetics.

The model, Chrissy Jin, grew up in both China and New Zealand. She has gained recognition as an actress early on and achieved several awards as a model including Miss Chinese New Zealand and Miss Friendship in Hong Kong.

Chrissy moved to the United States when she attended NYU for her Master’s in Marketing. In New York, Chrissy’s fame continued to rise, walking New York Fashion Week (NYFW) and entering the New York fashion circuit. Chrissy continues to be passionate about the entertainment world that raised her. She is currently working on her first film as a producer in Hollywood, where she aims to use her marketing background to inspire and influence audiences with stellar storytelling. Beyond that, Chrissy is working on empowering Asian voices in Hollywood.

The makeup artist and hairstylist, Daisy LW, graduated from Shanghai Theatre Academy and majored in Costume Design and Makeup. Over her 16 year career, Daisy has worked in the industry as a professional makeup and special effects makeup artist for clients such as the American Ballet “Swan Lake” Tour in Shanghai, the Musical “Wicked” Tour in Shanghai, NIKE China, Shanghai Femina Magazine, Shanghai World Expo Ceremony, and many more.

Finally, this story couldn’t have been appropriately depicted without the three talented independent Chinese designers. Yiran Jia’s design shows the natural law of entropy and how things inevitably change and dissipate over time.

In this story, Queenie Yeung’s two outfits came from her collection “Green Snake,” which was inspired by the 1993 fantasy film Green Snake. It is an adaptation of a Chinese folk romance about a snake spirit and a human. This collection makes reference to how Green Snake transformed into a human after training for centuries, how she experienced human emotions like passionate love and bitter sadness.

Mona Liu’s jewelry is her artistic journal of natural adventures, the wondrous creatures on earth, and the history of human sentiments and desires. 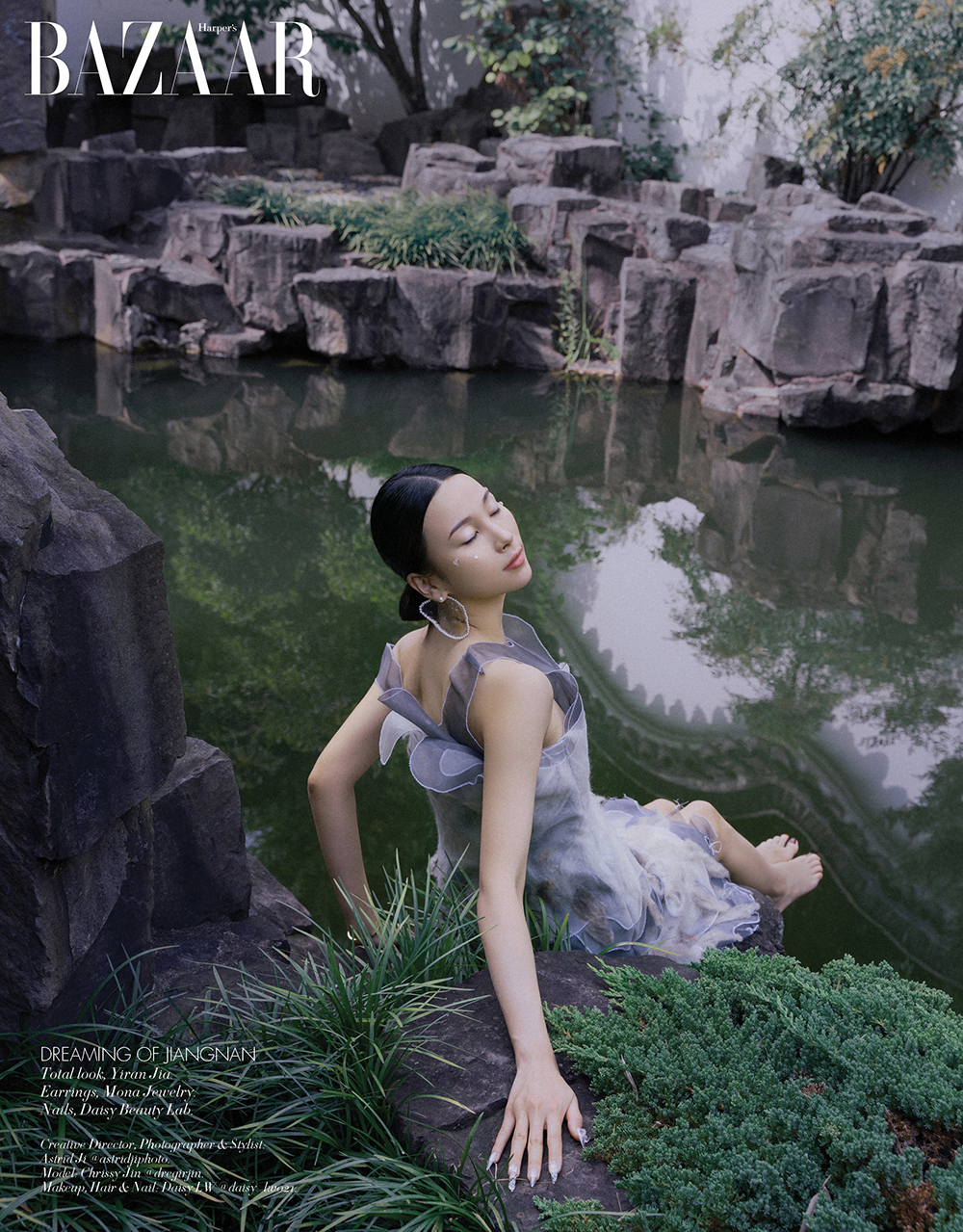 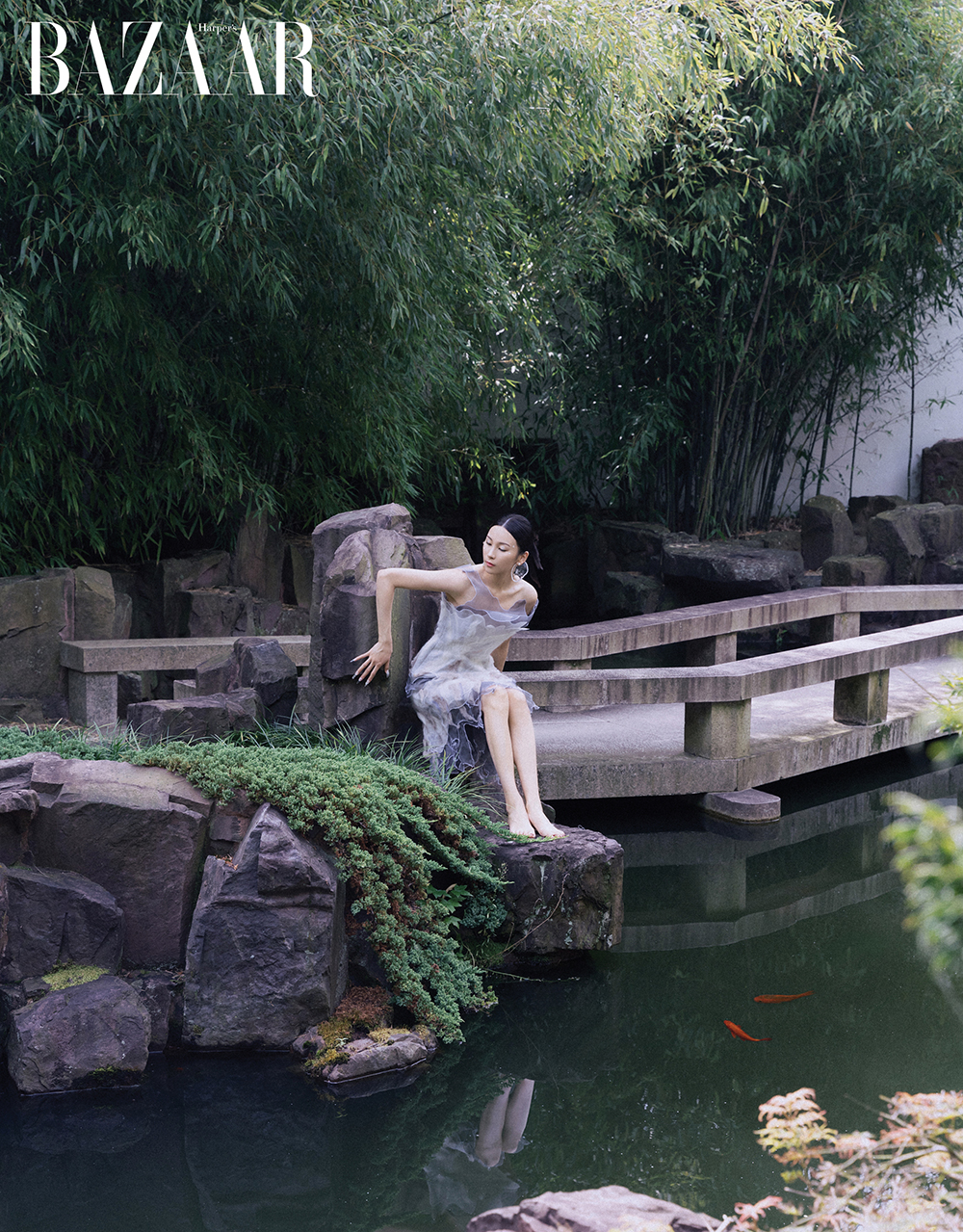 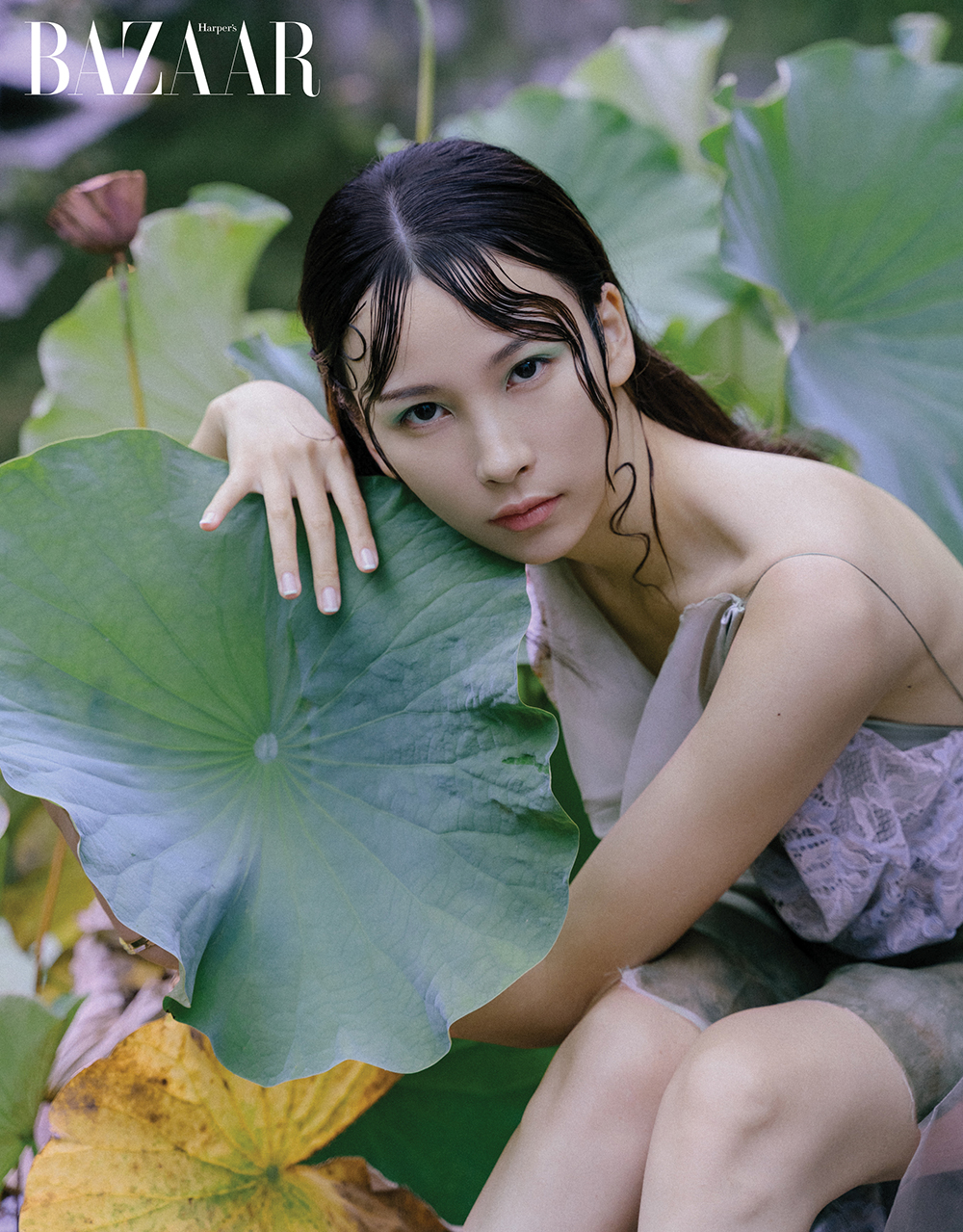 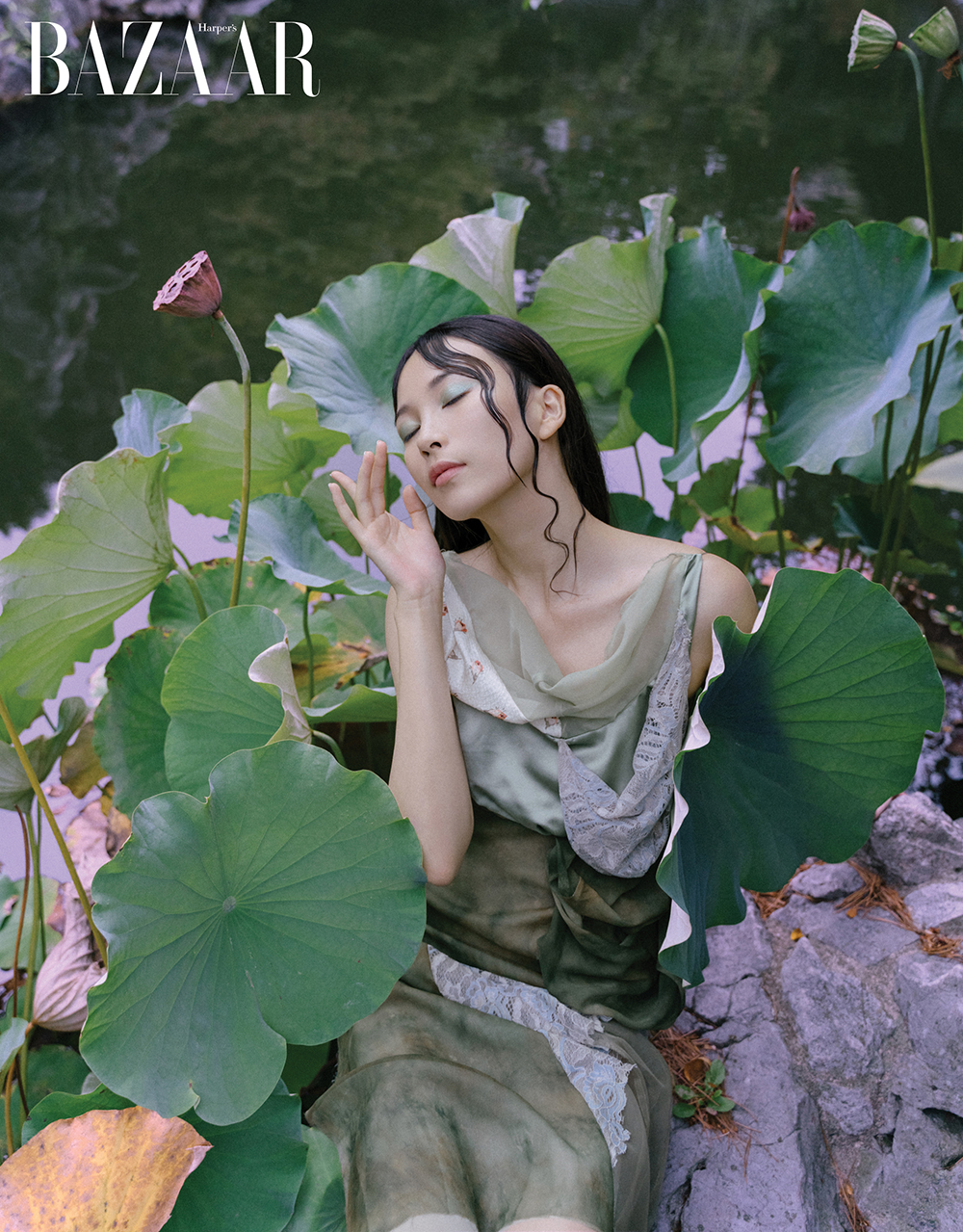 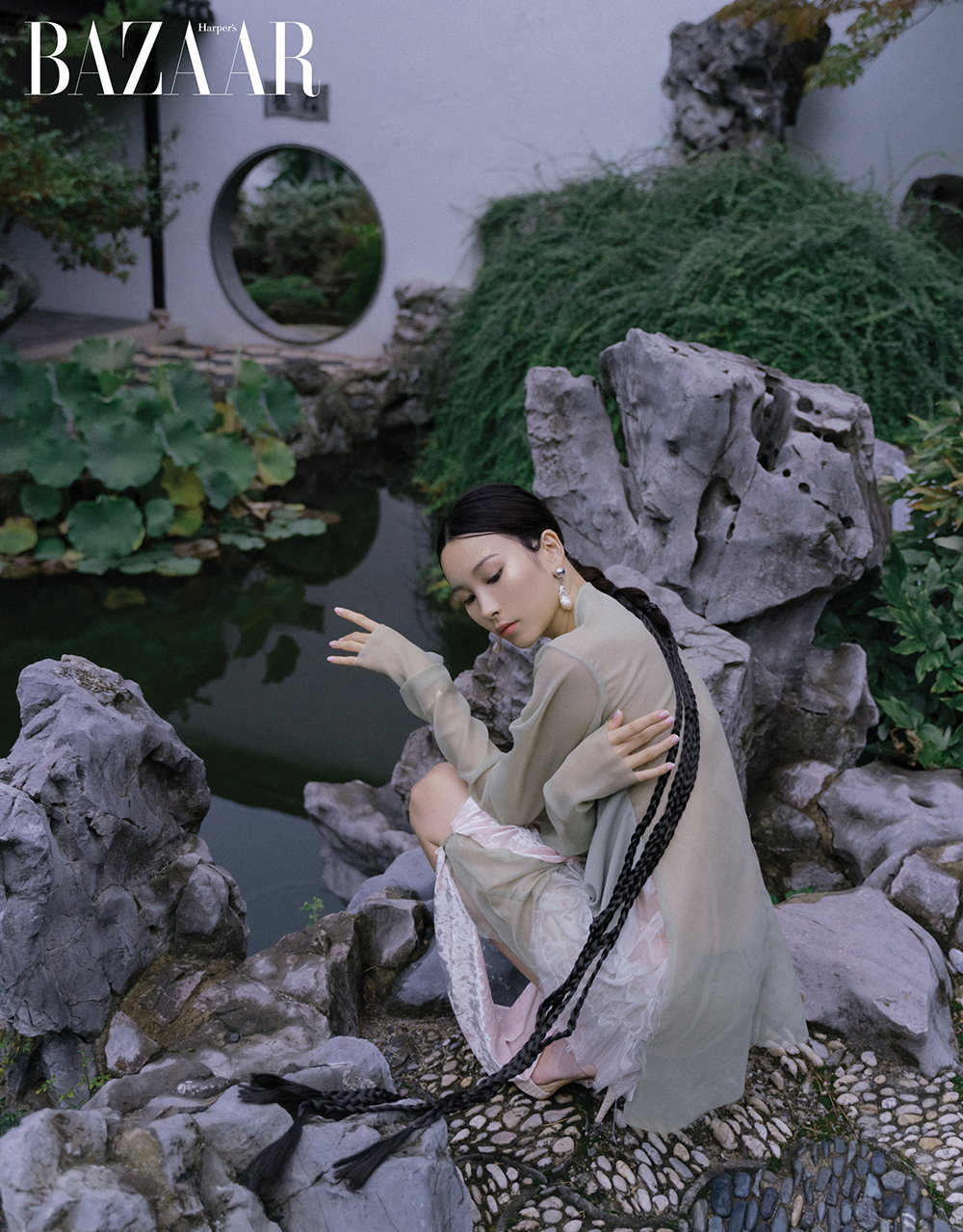 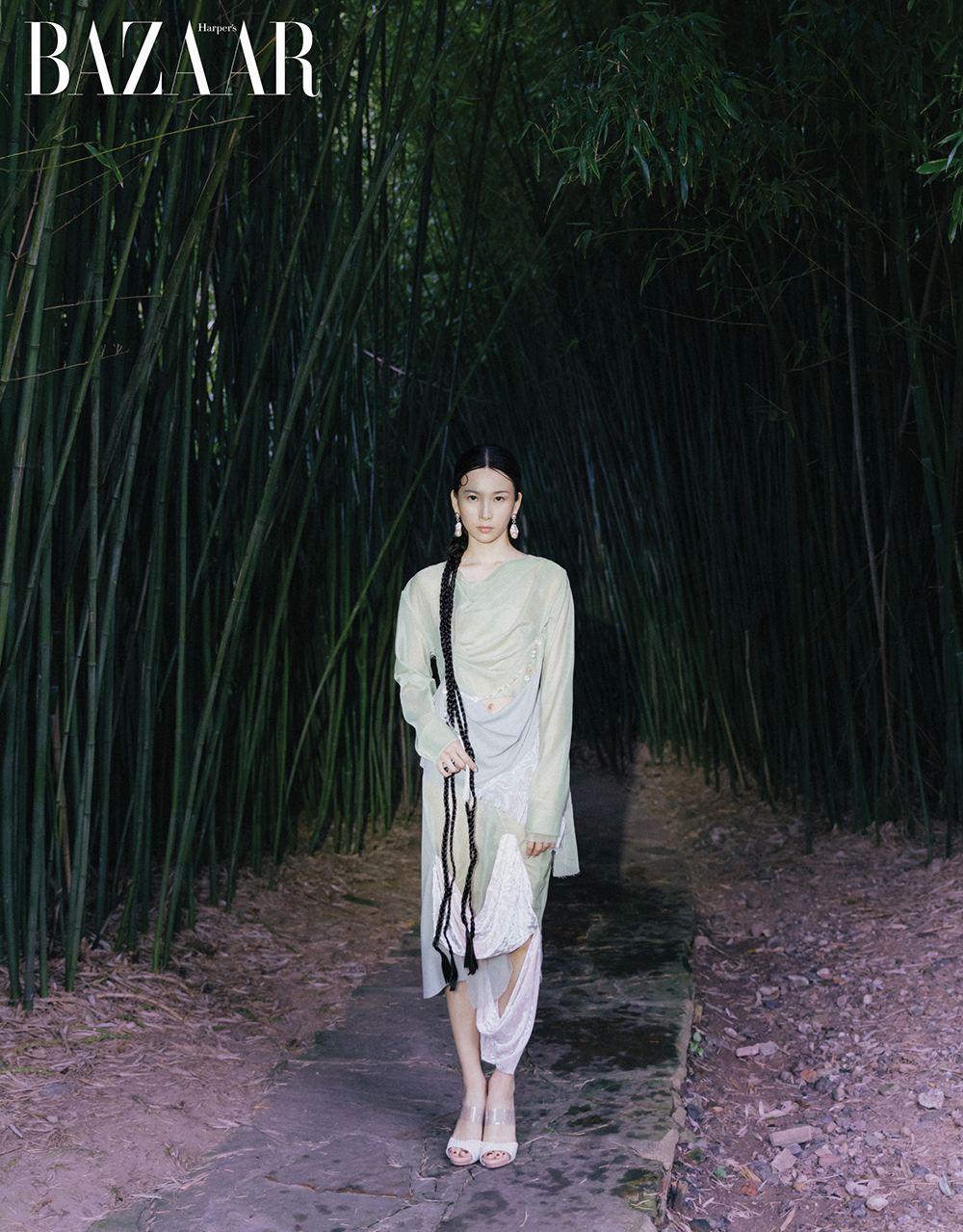 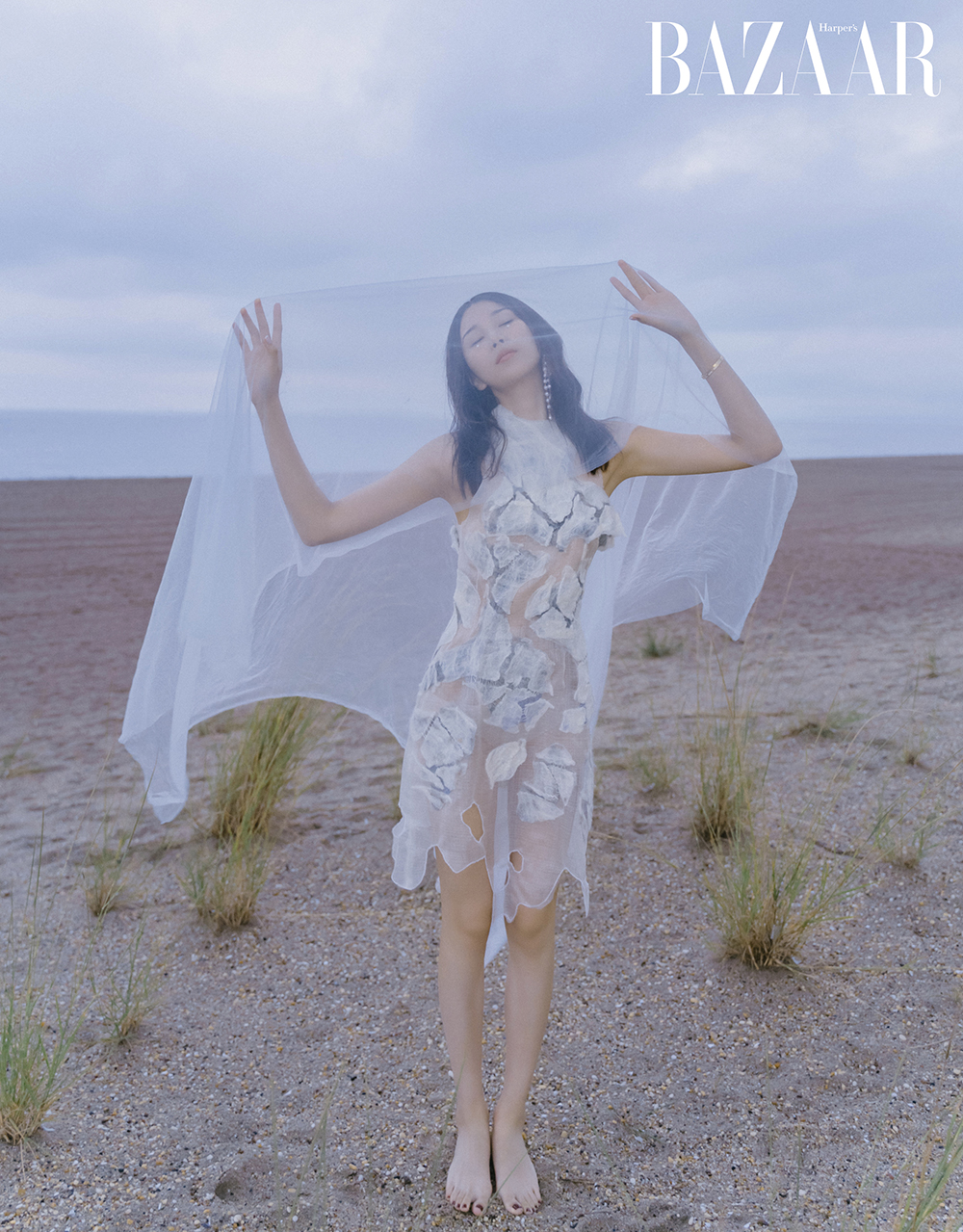 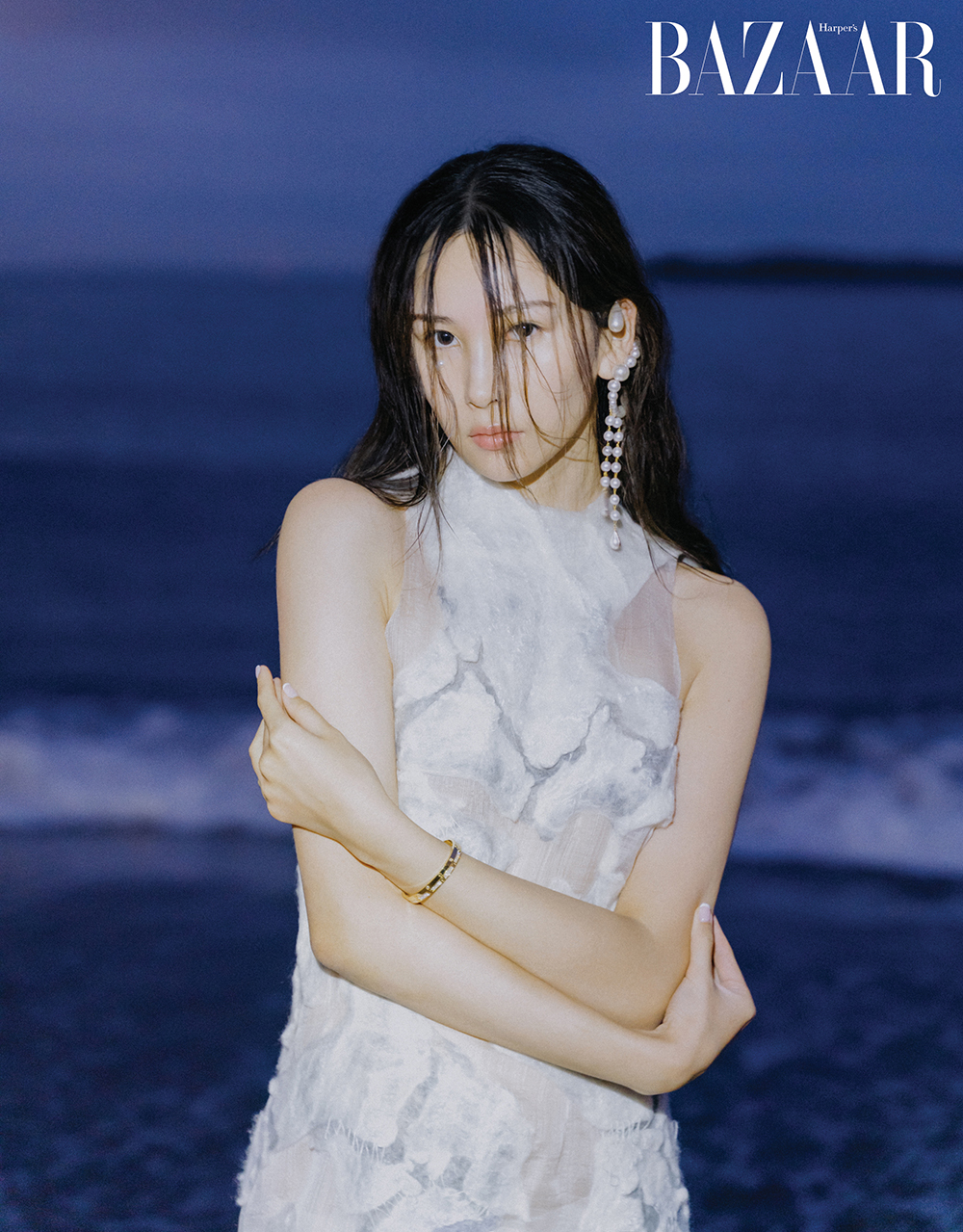 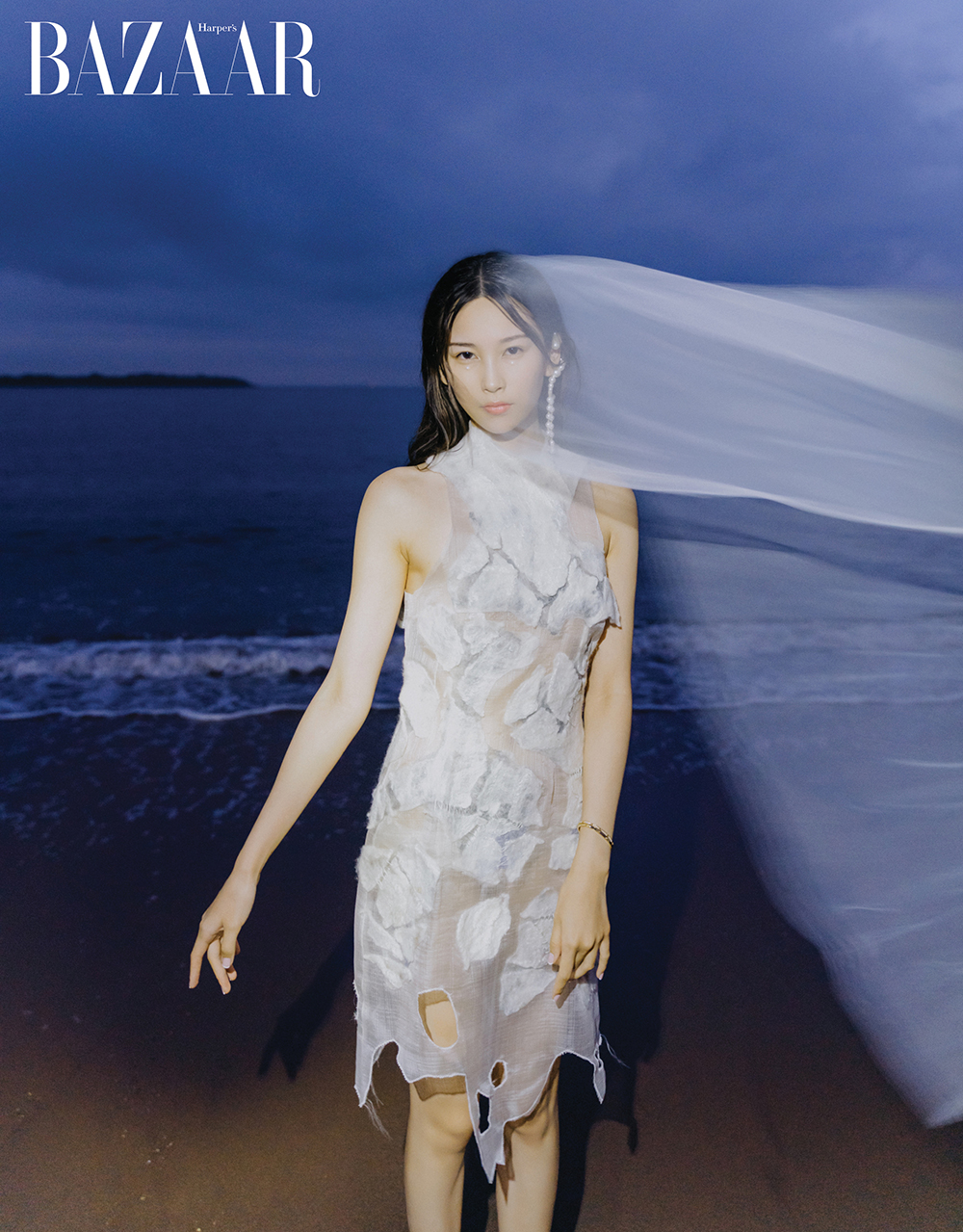